Today Hope for Israel Palestine Peace talks : Arrest of Arab Child back in the Day : Jerusalem 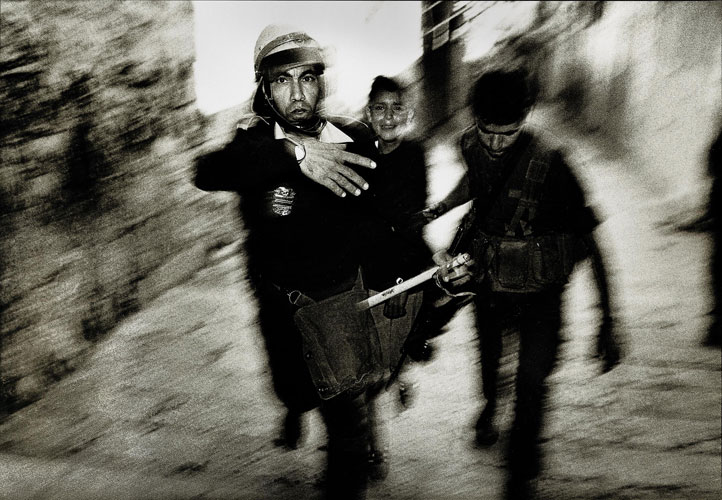 Image description:
It would be great if some good news came out of the Middle East………. The death of over 70 people protesting against the new military
government over the weekend in Egypt ……. bombings in Libya, Iraq and Syria in the last few days ……. assassinations of opposition leaders
in Tunisia ……. all make it feel very unlikely ……….. but it would be so great if against all the odds some progress was made in the Palestinian /
Israeli situation……… today they are expected to begin peace talks partly due to shuttle diplomacy by US secretary of State , John Kerry …….
well over twenty years ago when I fist went there…….. I started to hope there might be some progress along the lines of a ‘Two State Solution’
…….. hey you never know ……. :))))))))
XXXXX
Cheers Jez XXXXXXXXXXXXXXXXXXXXXXXXX
www.jezblog.com
[ 18 ] comments
Well, if theres one thing that cant be taken away from us its hope…Would be bloody great if it happened…Not holding my breath
though..Hope all is good Bro xx
PaulS @ July 29, 2013, 7:39 am