Violence and The Anniversary of the Rising : Short Strand District : Belfast 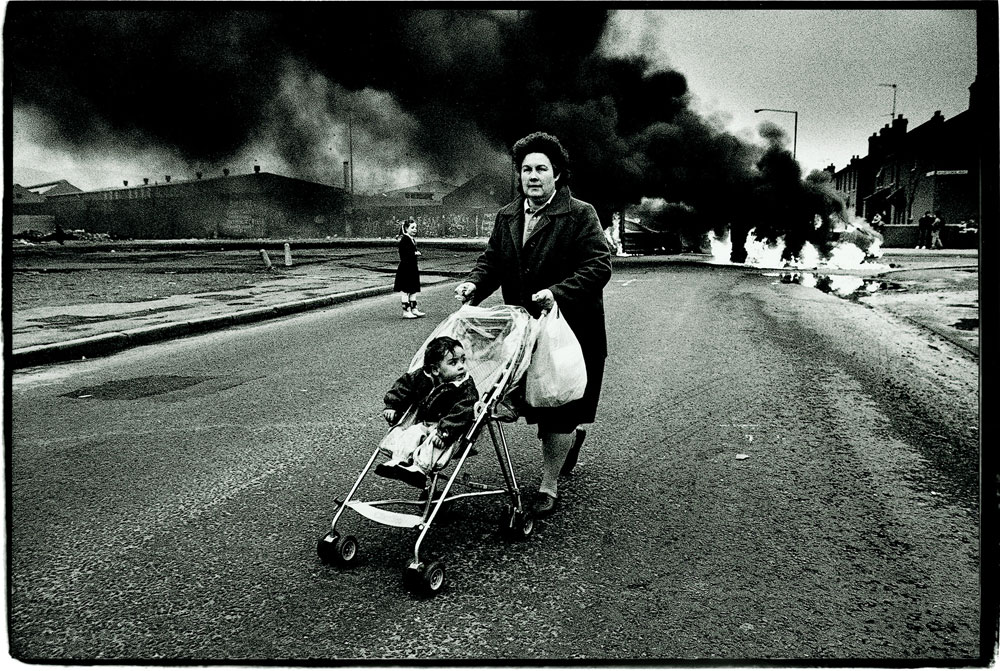 This week I have been aware of a curious combination of different approaches to the realities of violence. The week opened with visceral horror at vile acts of ‘pointless terrorist violence’ in Brussels by the Jihadist’s of Islamic State. Radovan Karadzic the war time leader of the Bosnian Serbs was imprisoned for genocide on Friday and yet at this Saturday and Sunday the latter end of the same week there is attempt to blandly celebrate the violent insurrection of The 1916 Rising in Dublin as if the killing of Irish civilians in this latter case is just an understandable necessity to be brushed under the carpet.

Islamic State with their disgusting deliberate targeting of complete innocents in Belgium made me grit my teeth as I heard the grim details constantly repeated as I drove on a long trip across numerous state lines here in the US ……. Now I guess I am just still feeling a little too queazy due to the the violent few attempting to force through their use of absolute shocking violence their political, religious and cultural agenda onto the wider population …….. Yes, I’m probably a little too queazy from this weeks terror events to feel fully comfortable with the lording of the revolutionary few who seized the Dublin’s General Post Office in 1916 with the unremembered collateral damage of killing innocent mothers with their children who were just attempting to post letters.

It was a hundred years ago so it’s certainly not a raw memory like any modern day violence. The aims of Irish Nationalism were valid, equally as valid as any other nationalist movements before or since. As it turned out it  was an enormously successful armed insurrection within six years Dublin was the capital of an independent Irish Free State, no longer part of political Britain, no longer ruled from London. Its very success helps to burnish ‘The Rising’ with a righteous legitimacy that it actually lacked as it was carried out. In the contemporary time the uprising appeared pointless, it  rapidly failed as it certainly was not broadly supported, it was crushed in a matter of only a few days, with most of the leading revolutionaries rapidly executed. But it was the perfect example of a revolutionary new concept of the time : ‘propaganda through action’ .

There had been little serious support for full Irish independence, but most Irish people supported ‘home rule,’ a form of devolution that was expected to be enacted shortly. Very few supported any kind of violence against the British State. And yet the romantic audacity of the doomed rising led by nationalist poets and dreamers with its almost inevitable outcome of failure and their subsequent ‘martyrdom’ totally moved the gravitational perception of the whole nationalist debate.

At the time of The Rising 200,000 Irish people were fighting within the British army in the trenches of the First World War against Germany.  So for revolutionaries to try and take possession of weapons and support from Germany and raise what many regarded as a traitorous fight against Britain back on the home front in Ireland really was an extreme minority position. It was seen by very many Irish soldiers out on the battlefields of France as a poisonous stab in the back.

And yet through this violent act of the few …….  almost exclusively because of the actuality of The Rising of the small number of poets and dreamers ……  and because of their violent suppression and ultimate execution …..  And of how all that came to be understood and supported  …….. Perception completely changed ……….  Others began to adopt on mass the Irish nationalism of the martyrs  …….

Sadly it has to be recognized that In the end violence does or at least can work …… this week I met in New York City with a new friend on a shoot with Samsung….. A guy called  Miro ….. a man who escaped from the wars in the Balkans as the old state of Yugoslavia broke up ……  he fled during the Bosnia War and found safety in America  ….. As he and I discussed …..  Once actual violence broke out between Croats and Serbs in places like Osijek and Vukovar where he had once lived and I had spent a few weeks during the war  …..   there was no going back to alliance for the Yugoslav constituent states  …….. It was over for to the old State of Yugoslavia …….  back then many Nationalists wanted a war to force the break …… their aims were served by violence.

On Friday it was announced only now 20 years too late that the War time Bosnian Serb leader Radovan Karadzic also a poet is going to prison for the rest of his life for ‘crimes against humanity’ including ‘genocide’ but incredibly his Bosnian Serb State got all but 5% of the land they fought and ethnically cleansed for ….. their aims were well served by violence.

Their violence had led to an apparently irreversible change on the ground and in the minds of the Balkan people.

I’m afraid the Jihadists may be succeeding in redefining Islam in the minds of it’s adherents and of non adherents alike with their extremist violence. They are succeeding in moving the center of gravity in debate and perception. Their violence in Europe is classically: ‘propaganda through action’. Sometimes it appears ‘pointless violence’ no matter how vile is not quite as pointless as it may at first appear.