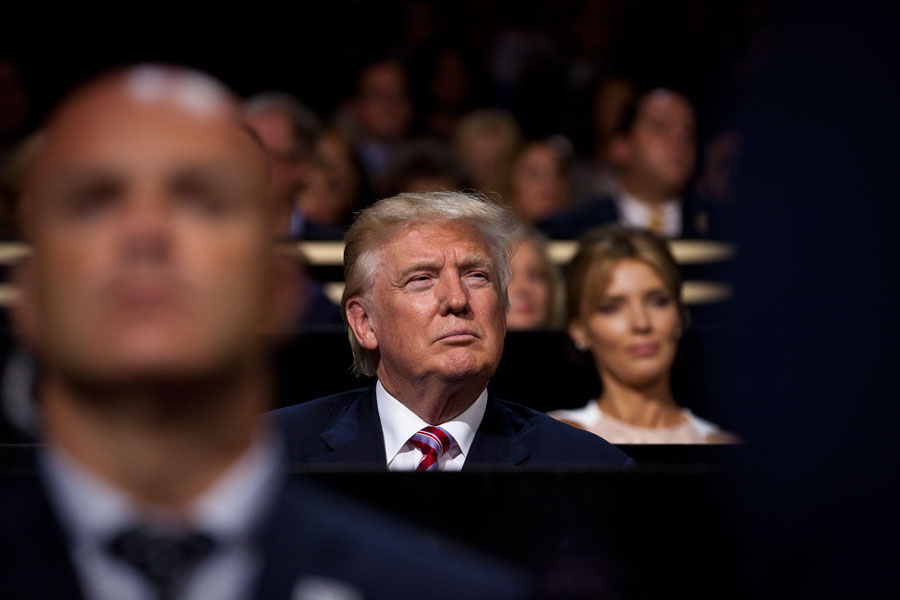 A Dunkin Donuts, a brand new building, a white concrete path. The sun is burning hot as I step from the cool protected capsule of the car.

President Obama assures me America is safer than it has ever been, his press conference coming out of my speakers as I drove and resonating in my head as the shimmering heat of the car park envelopes my walk. Hey look I know its true, but I have only yesterday been in the arena listening to Donald Trump rant about the crisis of safety in the US . Such dichotomy of presented truth and extremes of experienced temperature seem to pull at all the anchors of well being.

Its hot as hell here, an extreme heat warning is flashing from the Geo app on my phone. It warns me to stay inside and to wear a hat if I must go out. I need some kind of hat? Maybe a white cowboy hat like the Texas delegation all wore at the Republican Convention? The ultimate hat for tough lone guys, like that of the ‘Lone Ranger’ himself. Yes, they all had one, the ‘Lone Ranger’s’ hat for the ‘Lone Star States’ Republican delegation. But viewed from above all wearing the same hat they collectively looked as lacking in ‘loneness’ and individuality as all the constituents of any Texas herd of cattle.

Inside the cool of the restaurant nice people are working. Nice people are coming in. I sit and again take out my phone, I read an article about the prevalence of suicide in Wyoming. Tough self-reliant men in the giant landscape use guns to end their own lives. Their very strength in self-reliance makes them actually less resilient to personal emotional and mental crisis as they have no network of friends to fall back on and no concept of asking for help. They stand and fall alone.

Nice elderly men are speaking Arabic at the table next along in what appears to me just one conversation in a lifelong and intense friendship. A lovely mix of women of different races and ages are working behind the counter. Yes, all are women, they are laughing and chatting with each other and their customers.

I think I am near the state line maybe I am still in Ohio maybe I am in Pennsylvania.

Sitting back in the car about to drive on. The air-con brings a cough of even warmer air then suddenly cool relief from the dog killing heat built up inside the car since I left it. The satellite radio brings breaking news of a mass shooting in Munich Germany. People are dead and injured some are too shocked to speak. The BBC is quick to inform and speculate : ‘The propaganda of the act’ . ‘The soft target’ . ‘The lone wolf’ …….Enough, enough ………..Again the lone Wolf attacker?  …… Where is the Lone Ranger when you need him?  ….…. Switch channel ….. ‘A child has died of heat stroke in Arizona’. …… Oh no ………. I roll on ……… with only this cool cocoon of a vehicle, my sunglasses and my self reliance to protect me.

PS …….. I was just about to post this having just transferred it from my phone  …… then suddenly out of no where had an incident with a policeman rattling the door of the building I am in …….. its 2AM I am in a half abandoned building in PA……..  all the best stories start like this  ……. Anyway freaked me right out as I have been half expecting Meth heads to break in ( sorry I should say in a less pejorative way users of methamphatamine  ) ….  as a bunch of them have been doing their stuff on the steps of the building all night ……. and this building has traditionally had a few problems along these lines ………  yeah you are right ……..  all of this is a completely different story …….. hey maybe another time  …….