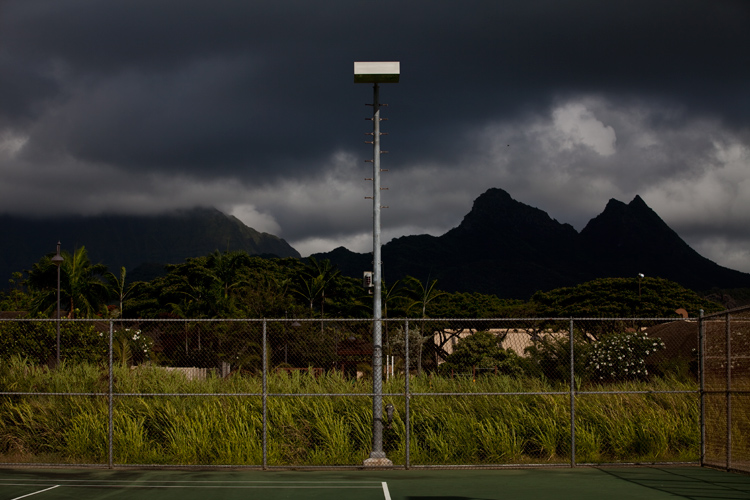 I have been dashing about until today ………. so I finally had a bit of time to go through some of the bits and pieces I shot recently …… notably in Hawaii ………..( the images not related to the commissioned shoot) ……… Matt hadn’t even seen any of it either……… so I was editing it today as we chatted things through …….. and of course it puts me back in the mind set I was in while shooting ……… I was saying to Matt a main theme that constantly amazed me about Hawaii is the contrast between the drastic volcanic landscape and ordinary everyday life continuing on as you might find anywhere in America …….. schools and shops with a back drop of amazing seemingly vertical mountains just beyond …….. with the drastic looking skies and fast changing weather sometimes those mountains might appear black while I stood in beautiful pre storm sunlight …….. somehow the drastic beauty of the natural world just beyond and above seemed even more pronounced because of the often quite ordinary stuff of life below and all around me.