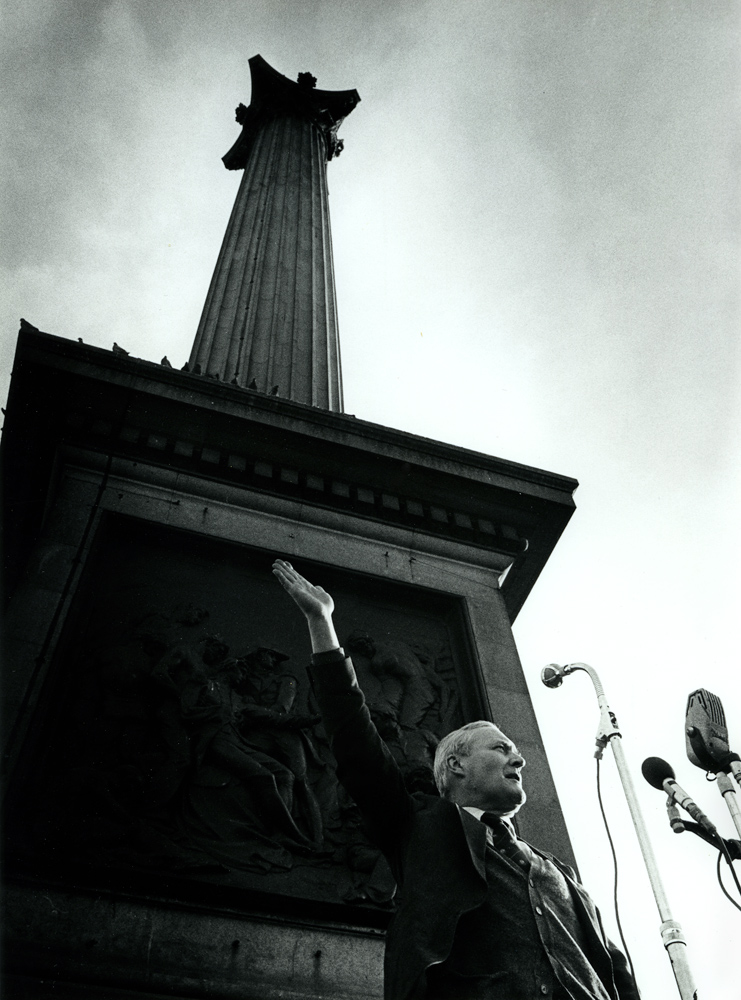 Tony Benn, the famed British politician of ‘the Left’ has died today at the age of 88.

In many ways I admired him, especially as I was getting interested in politics as a youth. He appeared conviction driven and idealistic. He really was a fantastic old school orator and as the current Labour Leader Ed Milliband said today: ‘he was a tireless defender of the powerless’.

The current Conservative Prime Minister of Britain David Cameron spoke warmly of him…… even though clearly Cameron could have supported virtually not a word Tony Benn ever uttered . Tony Benn was an old school socialist deeply steeped in the ‘hard left’ of the Labour Party and the Trade Union Movement.

He was once the undisputed leader of the radical left and completely hated and feared by many on the political right and especially hated by some right wing Labour types who blame him for splitting their party. But he has been irrelevant in British politics for 20 years at least. He made no working compromise with Tony Blair so he had been condemned to wander as a lone voice outside the mainstream. In the wilderness of small protests and meetings often railing against the ‘Spin Doctors of New Labour’ . Even the Liberal Leader Nick Clegg has recently secured free school dinners through his alliance with the Conservatives benefitting poor children throughout the land. Politics has to be to some extent “The art of the possible”. I can’t help thinking Benn might have achieved more for the people he wanted to assist if he had been able to make some compromise with the ‘New Labour’ of Tony Blair. But Benn stayed away and pure to his own approach.

In his passing it appears he is now admired by all as a man of conviction, and that has to be who he was. Not a modern technocrat political type but an old school believer, remembered with a certain rose tinted glow for his ideology, oratory and passion, non of which is really a big feature of British politics any more.

I look back on him with affection. Certainly he helped me as a youth and others of my generation to dream of a fairer society and encouraged us to be active and think politically. Through my engagement with active politics and protest I went on to become a photojournalist.

I made this photograph above exactly 30 years ago ………. At a ‘Victory to the Miners’ march and rally in Trafalgar Square during ‘The Great Strike’ ……… The Miners Strike of 1984/5 ……. It was in many ways the last stand of old style trade union power against Mrs Thatcher’s brand of free market economics and state power, eventually the Miners and their powerful National Union of Mineworkers were broken ……….. That for me, looking back now, really signaled the end of any real potential that Tony Benn might actually come to power.