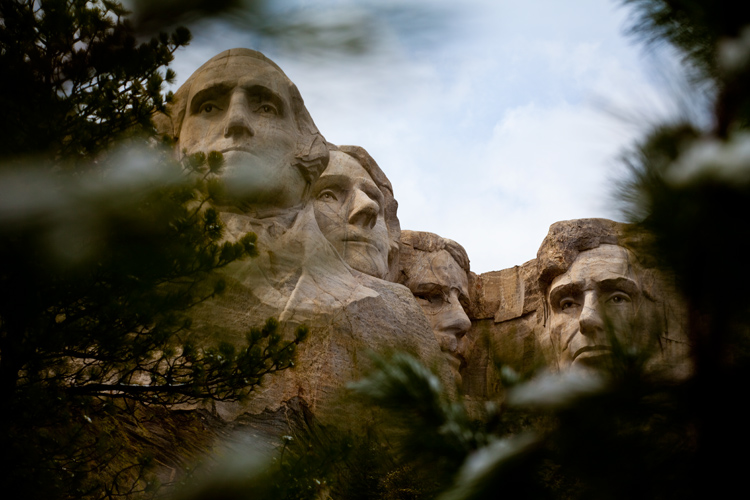 Image description:
I read today that folks in South Dakota are mad because not only is the carved Mount Rushmore Presidents monument and its visitor center
closed because of the Federal Government shut down but for some reason even the pull off stops at the side of the road are also closed which
seems a little unnecessarily mean. I guess they do not want folks stopping in roadside parking then scrambling up through the woods to get an
even better view than the visitor center gives you when open ………. ha ……. as if anyone would ever do that ? ……… er……… well er……. well
just maybe the odd one ……. yeah I guess the odd nutter with a camera just might try that kind of thing :)))
…….. but it’s highly unlikely I would say :)))
The Federal shut down is happening because the Republican ‘Tea Party’ faction is attempting to stop President Obama’s public health care
reforms becoming a reality . These health care laws have already been voted on and passed by the legislature even approved by the Supreme
Court. Obama has even won another electoral mandate in between. But now by adding amendments in that call for more delay or that attempt
to strike down “Obama Care” to the vitally required and entirely seperate government borrowing legislation Teaparty folks have created total
impass. Teaparty Republican types have created political gridlock that has caused the Federal Government to run out of money. Right now
this political gridlock is causing problems. Most Federal Government is not working many Federal employees are not at work and not being
paid. But if this carries on and causes America to default on some of its debt that might really create a whole new finacial crisis and misery
across the land of America and far beyond.
I can’t help feeling The Presidents carved in the mountain George Washington, Abraham Lincoln, Theodore Roosevelt and Thomas Jefferson
as they are looking down from on high might not approve of this self inflicted injury both to the standing of the politics and the soundness of the
economy of America.
Cheers Jez XXXXXXXXXX
www.jezblog.com