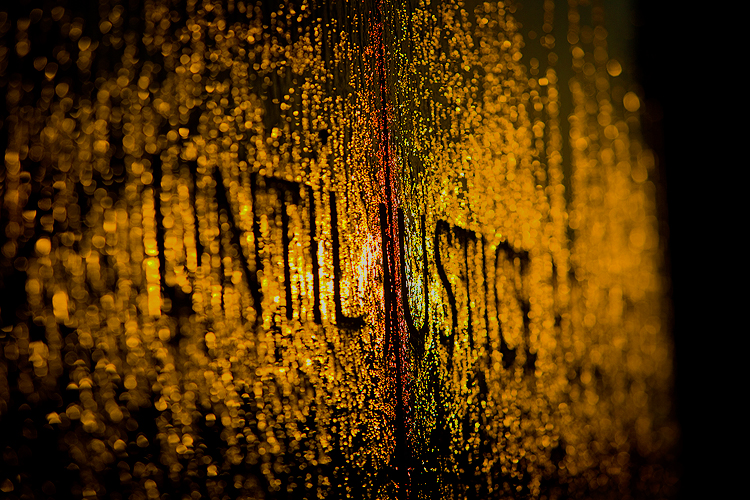 50 years to the day since Martin Luther King made his famous I have a dream Speech to 250,000 marchers for ‘Freedom and Jobs’ ………. some of his dream has been realized……… President Obama the first African American man to be President of The United States of America will address crowds at the commeration of Dr King’s famous speech today from the same spot as Dr King delivered his moving words. In that act alone the President proves that some of the dream is a reality, just because he is the President, but unemployment and poverty is very much a live issue today for many people in the African American community …….. so much more needs to be changed before the whole dream really is a reality.

“… we will not be satisfied until justice rolls down like waters and righteousness like a mighty stream. …” The concept of Maya Lin’s design is based on the soothing and healing effect of water. It was inspired by Martin Luther King, Jr.’s quotation “…, from the “I Have a Dream” speech, delivered at the National Mall, Washington D.C. August 28, 1963……… I watched the water flowing over the words carved in stone……..the words of Martin Luther King Jr were bathed in golden light with just a hint of rainbows in the spray as the sun set.