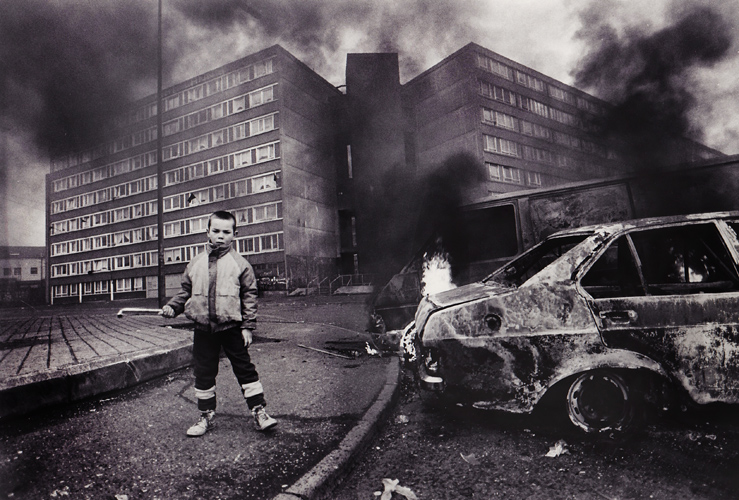 Tonight, Gerry Adams has been arrested, he is the leader of Sinn Fein the main Irish Republican political party in Northern Ireland (the bit of the island of Ireland that is in the UK). Sinn Fein was traditionally always the political wing of the IRA (Provisional Irish Republican Army) , Gerry Adams was often accused by opponents of being secretly actually the leader of the IRA, the armed wing, as well as openly the leader of Sinn Fein, the political wing. Adams always denied this claiming he was separate from the ‘military struggle’ and that he had no roll in acts of Republican terrorism in Ireland or Britain.

Tonight he has been arrested regarding the murder of an ordinary Catholic widow back in 1972, Jean McConville the mother of ten children, who was accused of being an informant against Republican terrorism and was therefore abducted in front of her kids then later murdered by the IRA. Her body was lost for 30 years and was only revealed to be buried at a deserted beach when a storm moved the sand dunes and revealed her burial place..

Other members of the IRA have recently implicated Gerry Adams in this killing, but I think he is a long way from being actually prosecuted for this particularly heinous 40 year old crime.

Back in 1972, Jean McConville lived with her children in the notorious Republican strong hold of the Divis flats. For a long time the British Army had a base and look out facility on the top floor of the tallest block but because the neighborhood was so strongly Republican the base and all the British soldiers in it could only be supplied by helicopter, they could never risk the sealed up staircases down.

It was a tough neighborhood. I shot this picture above in the early 1990’s ……… now I understand the majority of the Divis flats has been demolished.

PS………… Jean McConville had been born into a Protestant family and lived as a child in a Protestant area. But she met and married a Catholic as a young adult. She converted to Catholicism and moved to the Divis area. She had 10 children, even after her husband died she continued to live in the Catholic area, but was regarded by many as an outsider, she was accused of being an informer, it appears largely because she had once been a Protestant.