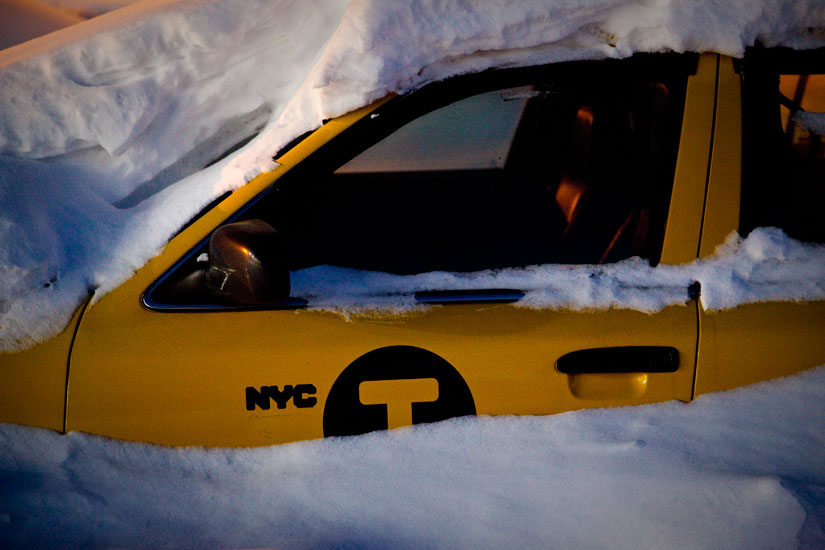 I crossed over the Rainbow Bridge from Canada into the USA at Niagara Falls …… it was 3AM dark so I could not see the falls…… but something surprising and yellow caught my eye obviously being buried in the mini blizzard as I arrived back on US soil …….. a New York City taxi ……… 400 miles outside of New York City ???? …….. Still nice to see a yellow cab especially when I was not expecting it :-))) :-))) XXXXXX