Salt Water; Sweat Tears and the Sea : The Port of Calais : France 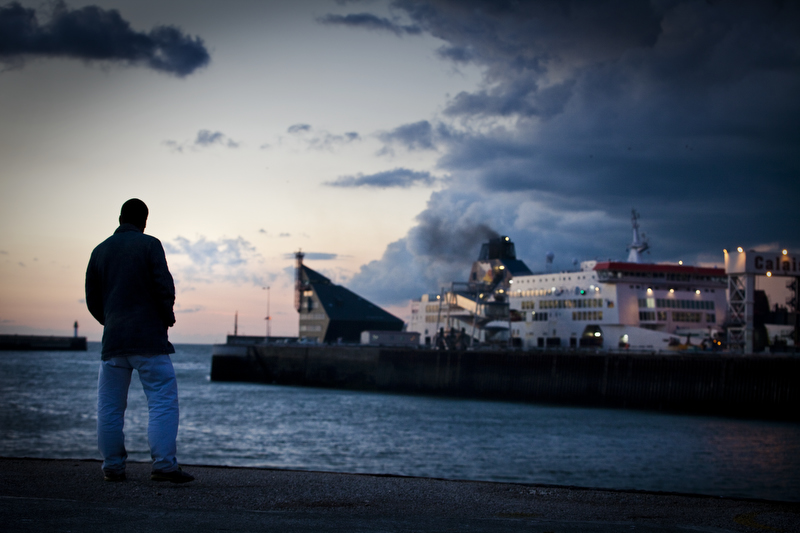 All these terrible scenes from the french port of Calais in the last couple of weeks ……. This morning I heard on the BBC that a child fell from a truck and broke both his legs ……. he was with his father and other economic migrants and asylum seekers desperately attempting to make it across the English Channel. The English Channel is the relatively thin but highly dangerous body of sea between the UK and France. Migrant people attempt to cling to the underside of trucks or train carriages in an attempt to pass on to Channel ferry boats or into the Channel tunnel to ultimately arrive in Britain. ……. It is so depressing for all …… and so highly dangerous for those attempting it ……

These people are fleeing war and violence in Syria Iraq, Libya and Afghanistan …. Or repression in places like Eritrea and Sudan and desperate poverty across the north of Africa ….. The chafing of the grim third world against the relative security and comfort of the first world is all brought into sharp relief at this pinch point ………. David Cameron the British Prime Minister used the unfortunate adjective ‘swarms’ of migrants …… which did create a certain amount of controversy, with him appearing to equate these desperate people with troublesome massed insects attempting to gain entry …….

When I was there in Calais earlier this year I was shocked by the numbers of people living in the makeshift camp known to all as ‘The Jungle’ …… I was appalled by the number of people lining up hoping to get some charitable food packages to live off …….. I did shoot photographs that reflected these large numbers of people …… but I also tried to make photographs that reflected the lives of individuals …….….. Of people driven through circumstance to attempt these desperate journeys.

Its hard to show the faces and write the names ….. As many undocumented people are afraid to be identified …….. But I did try to make pictures that capture something of individuals …… individuals just who want to escape poverty and violence ….……… Individuals with hopes and dreams ……… ordinary people from other lands but individuals and families with names and personalities …… People who seek escape and sanctuary …… individuals who seek and deserve ordinary justice and some measure of hope and dignity in their lives …….

In this picture this man from Syria is thinking of swimming across the Port of Calais to the Ferry dock …….. This is an enormously dangerous swim in the strong currents of the tidal race …….. he already knew of the fate of another man, a man from Eritrea, called Robiel Habtom who was swept out to sea and drowned having attempted the same swim.

Only a desperate individual escaping terrible horror back home ……. Only an optimist that things might get better …… Only a dreamer in hope of security and sanctuary………. Only a human being would attempt such a dangerous passage…. its important to think of the individuals, not lose sight of their humanity. or our own, in all the depressing talk of ‘swarms’.