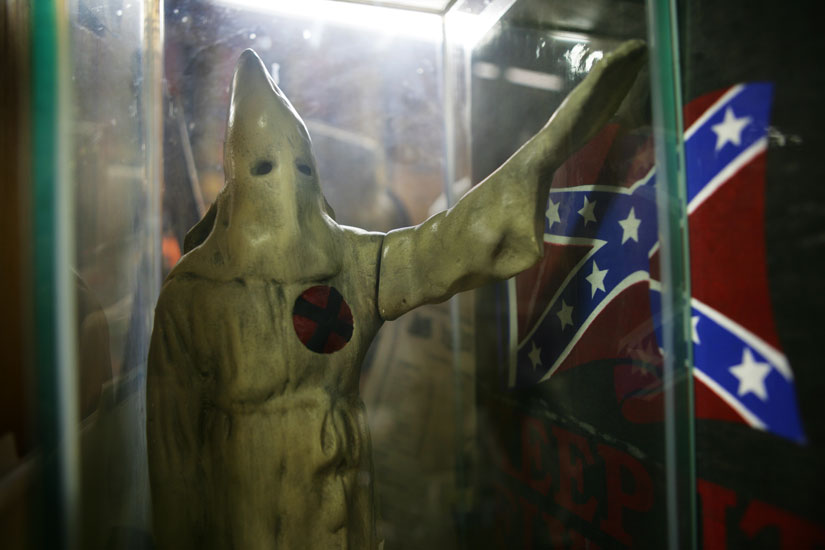 So moving to hear the President speak about the horrible killings at Emanuel African Methodist Episcopal Church a church in South Carolina.

He spoke in a way that is completely fitting in a traditional African American Church, only this President of all the previous American Presidents could have given this address. It was a state of the Union address, it was a deeply personal address, it seemed to directly channel the words of Doctor Martin Luther King, it was in parts a baptist revival address, it was in parts a hymn, it was a deeply moving and fitting eulogy to the Pastor Rev. Clementa Pinckney and a remembrance of his fellow congregationalists who died together during the attack on their prayer meeting.

This a church was previously burned to the ground because of its role in the struggle for human rights for African Americans, it has risen to triumph over violence and intimidation before. I found it moving just to see the first African American President there addressing that congregation, already the struggles of this congregation and others have achieved so much, but of course the terrible slaughter of their pastor and his fellow worshippers, by a white supremacist, harks directly back to the horror, violence, segregation and fear, to a history that shames America, and lives on in some measure to the present day in people like the man who turned his gun on innocents just because of the color of their skin.

President Obama called the period of reflection and pulling together that came after the terrible murders ‘The Grace of God’ . He saw that through God’s grace a blindness that fallen on us all could be lifted. That the horrid symbols of racism and slavery that have remained tolerated and unchallenged until this slaughter may now be swept away .

I have seen neo nazi skinheads in European countries where it is illegal for them to carry a Swastika instead carrying the Confederate battle flag, for them it means the same thing as Nazi Swastika, as of course it does for many African Americans and other who see it for what it is.

The President is right ‘to move toward a more perfect union’, that flag and all its associations needs to be only found in museums.

Lets all move forward to a decent modern America free on a day to day basis from disgusting ideas from the past. It has to be right, lets no-one fly the flags of slavery over their State Capital Buildings. Lets take society forward, as Dr Martin Luther King put it so memorably :

‘I have a dream that one day this nation will rise up and live out the true meaning of its creed: “We hold these truths to be self-evident, that all men are created equal.” ‘

That is the creed, the dream and the promise of America, maybe as the President puts it ‘through God’s grace’ it just may be possible.

PS ….. This picture made was made in a very grim shop in Kennesaw GA a place that made the absolute connection between the klan and the Confederate flag.