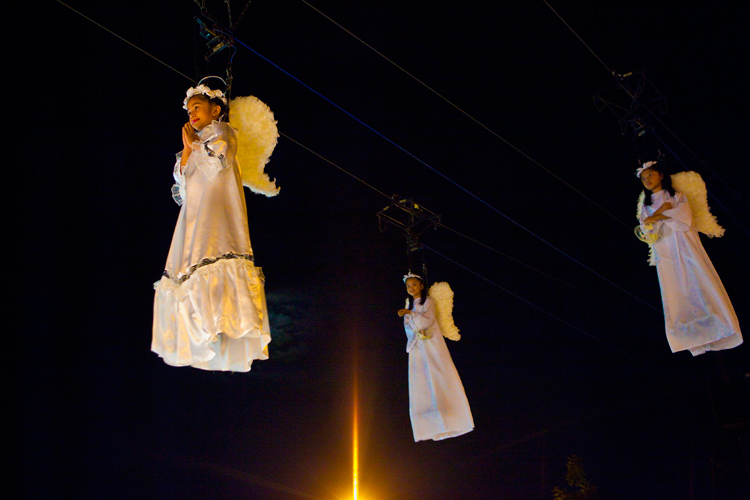 Today, The Pope has declared two other now dead Popes to be Saints ………. a million people turned up to watch in Rome …….. luckily they had to hand a vile of blood and some slithers of skin???????? from the dead Popes lying about …….. as you do ……. so little bits of them were able to take part in today’s ceremony ………… weird stuff ………

I heard all this being discussed on a review of the Sunday papers on Radio 4 this morning …….. there was also some discussion about the Hollywood block buster : ‘Heaven is Real’ based on the apparently miraculous survival of the 3 year old boy, Colton Burpo, who says he sat on Jesus’ lap and saw angels while dangerously ill ……. as part of the newspaper review the composer Patrick Hawes appeared to reveal he thought angels were everywhere, DJ Tony Blackburn made me laugh out loud with his unexpectedly forthright and robustly secular views and our old friend Sunday Times reporter Christina Lamb told a moving story about being in an African hospital seeing a little girl with terrible landmine injuries ……. the child was at the time being visited by Princess Diana as part of her campaign against landmines …….. the child lying in her sick bed had no idea who Princess Diana was …….. and asked Christina if Princess Diana was an angel ?.

Last week I saw these little angels , above, taking part in the ceremony called ‘Salubong’ as part of Holy week celebrations in the Philippines :-)))