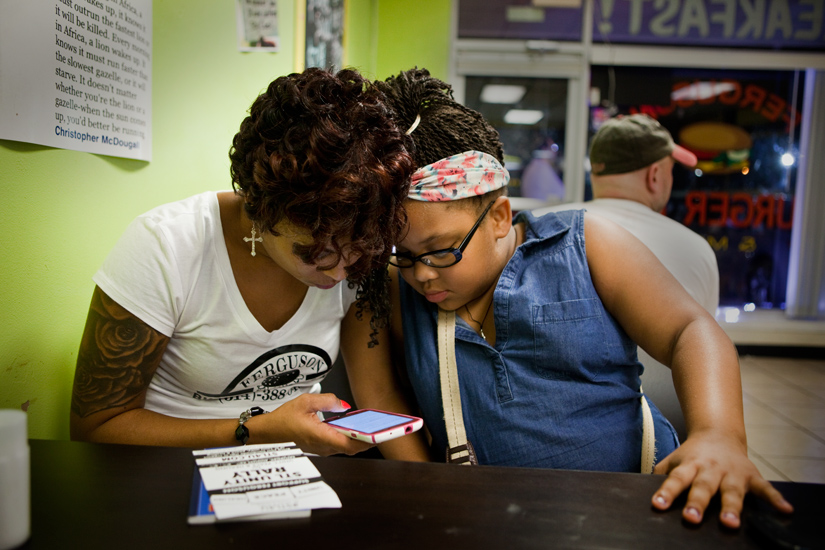 I am a ‘Blossom de Jour’ kinda guy … Er well …Thats probably too strong a statement …… i would like to be a ‘Blossom’ kind of a guy hehehehe … :-)) … Hey I love their Midtown melt … And I have just strayed to the weird sounding ‘un-chicken griller’…. ‘Blossom’ ….. Is my local Vegan cafe in New York city of course :-))) I am sitting here at Blossom writing this on my phone ….. I feel happy here .. they are lovely and I really like the food … Anyway like I say I cannot really claim to be fully vegan … But I am pretty well vegetarian … Well kind of mostly … Well I always am while hanging out in NYC at least ……. When I’m on the road in all sorts of places I find I have to eat whatever is on offer … But these days i do vaguely try and eat ‘a bit better’ if at all possible …. Try and embrace the Blossom philosophy ‘ Eat right. Feel right. Live right…. :-)))

I even managed to eat some salads in Ferguson MO during all the street protest and the armed police crackdown … OK only McDonald’s salads … Not sure that really counts …… certainly not for the full on Blossom Crew … The McDonalds at Ferguson’s ‘Ground Zero’ was often forced to close by the police … No doubt partly to stop all the press dispatching their stories and pictures using the McD’s free Wifi ….. Before I even got there I had read the story of a writer from the Huffington Post who was arrested and roughed up by the cops seemingly just for writing in the McDonalds when the cops wanted it closed ….

But luckily over the road the family owned “Ferguson Burger Bar’ was still open…… Apparently not intimidated into closing by the cops ……. admittedly not offering free wifi…… or even much of a salad option … But they did have good air-con and a lovely manner… and plenty of non vegan restorative food for exhausted demonstrators and media folk … Yeah… there really was just something about that little place and the atmosphere that the owners created … It really was a place of sanctuary …… right at the heart of extreme strife.

A place to sit and feel safe … A friendly place to chat with other media folk and locals from the protest right outside … People just joined me at my table … Or spoke to me from theirs …. At one point Kizzie Davies half of the husband and wife team that owned and ran the restaurant came and sat with me at my table … Her 9 year old daughter Geniah also came to join us … Sitting there I felt fully relaxed and safe for the first time in days ……. OK this place was certainly not following the diet available at ‘Blossom’ but Kizzie definitely had the ‘Feel right. Live Right’ thing happening in her cafe …. She was reading some of the coverage of The Ferguson Protests with her daughter (written by journalists they had both met) ……. I watched Kizzie really obviously just loving and caring for her girl Geniah … I wanted to kiss my own daughter on the head …. I wanted to kiss my son ……. I wanted the mother of Michael Brown to be able to draw him close once more … just to keep him safe … Ah if only …… If only she could kiss him on the head and just make it all alright like Kizzie does ….