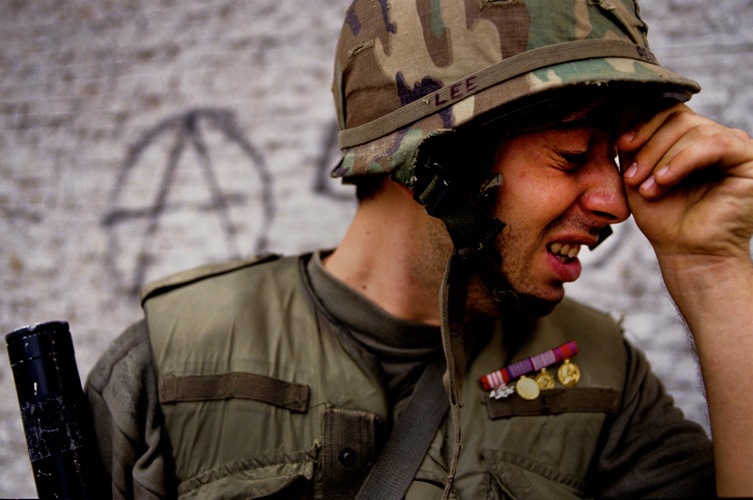 I see today the Military has announced it is spending millions of dollars through DARPA to develop a brain chip to help address and even cure? PTSD ( Post Traumatic Stress Disorder)……… Clearly it would be great if PTSD the mood swings, depression and anxiety that accompanies it could be a thing of the past. Although even if I was a soldier suffering from PTSD Im not sure I would fancy having some kind of computer chip inserted in my head and attached to my brain ……. well I certainly wouldn’t really fancy being the first to get that treatment.

I was interested to see this. I had discussed PTSD only yesterday with Alex Hannaford the writer I was working with in Arizona. He is closely involved with the ‘Dart Center for Journalism and Trauma‘. I was fascinated to discuss with him the centers work of addressing the the physical well being of journalists but also the work of addressing the head space of journalists who have experienced and or covered violence and trauma of all description.

We actually met up socially with a couple of other journalists one evening in Tucson, all of whom had lost friends in the horrific shooting of Congresswoman Gabby Gifford and her staff and supporters, they said they had found the Dart Centers intervention helpful following their coverage of that outrage..

People used to ask me: ‘How come you journalists don’t get PTSD ?’ I thought back then I don’t know ? Maybe its because we come and go…….. we don’t necessarily do a 9 month tour of duty like a soldier…….. but journalists were actually getting PTSD just like the soldiers.

It hadn’t really considered properly that I might really have it too until I heard reporting of the first US woman soldier’s returning from the war in Iraq and talking about their PTSD. They were so eloquent on that paerticular NPR radio show. I realized I had a mild form of most of the symptoms they were describing ……… It was obvious really when I properly addressed it ……… clearly I had some low level of PTSD ……… I guess its inevitable really ………

PS ……… RIP Maya Angelou ……… Today might be a good day to remind yourself of this : Maya Angelou speaking at the inauguration of Bill Clinton as President