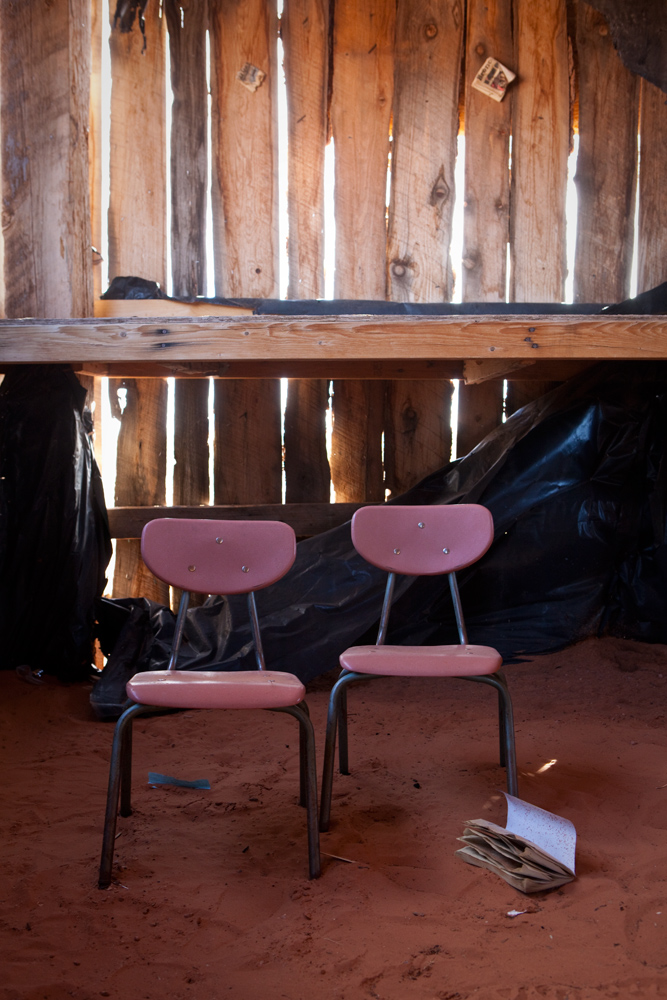 I made this picture in a currently abandoned trading post for the people of the Navajo Nation on the road way into Monument Valley just beyond the little settlement of Mexican Hat ……… Inside this very rudimentary hut were these two chairs and this book ‘Steps To Christ’ ……… Call me crazy but I found the ‘how to’ become a Christian book a tiny bit depressing …….. I am of course crazy ……. But I think if I were Navajo I would stay with the traditional beliefs and culture of my people, especially if I still lived in this amazing land. A place that still.. even to me .. echoes with the call of the Navajo ancestors.

Interestingly, I talked to a very nice Catholic missionary living and working on the reservation for the Sioux Nation earlier on this trip … a couple of weeks back now… up in South Dakota. She told me Catholic members of the Sioux Nation to some extent combined their traditional culture with their adopted Catholicism …… She said this was especially obvious at funerals. So I guess that is likely the same for Navajo Christians.

Matt likes to go on ….. and on……. about rattle snakes all the time ( because he knows I am totally freaked out by all snakes ) . He likes nothing more than reading out loud bits off the web about the relative aggressiveness of the Diamond Back and the Great Basin rattler blah blah ………… the likelihood of a bite being fatal …….. or the human having to have a linb amputated after being bitten ……… how they only strike after you release your foot if you tread on them? ( That can’t be right surely ??? ) …….. anyway you can imagine he was loving this hut above ……… careful I wouldn’t go in there….. perfect Sidewinder territory……. most aggressive of the 5 species (and 2 subspecies) of Utah dwelling rattle snakes ……………. blah blah……..