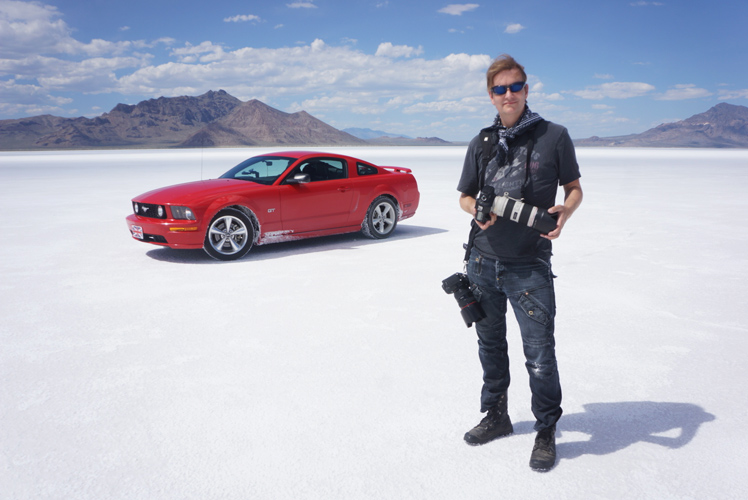 Matt has flown in to help me out on the US mega tour ……… to stop me goin completely nutz alone on the road ………… in fact he turned up just in time to shoot this picture of me ………. just before we attempted the world land speed record for a red Mustang with Union Jack plates.

a Mustang with Union Jack plates? the boys from Top gear in town?
Crash Ryan @ May 19, 2013, 3:33 pm
The mighty JC Beast car… Not sure Clarkeson would approve… Unless it has Hillary for president and man love scrawled on the
side…. But I think he would have approved of our land speed record attempt hehehehe…… Cheers Jez XX
Jezblog Olklahoma iPhone :))
@ May 19, 2013, 5:03 pm